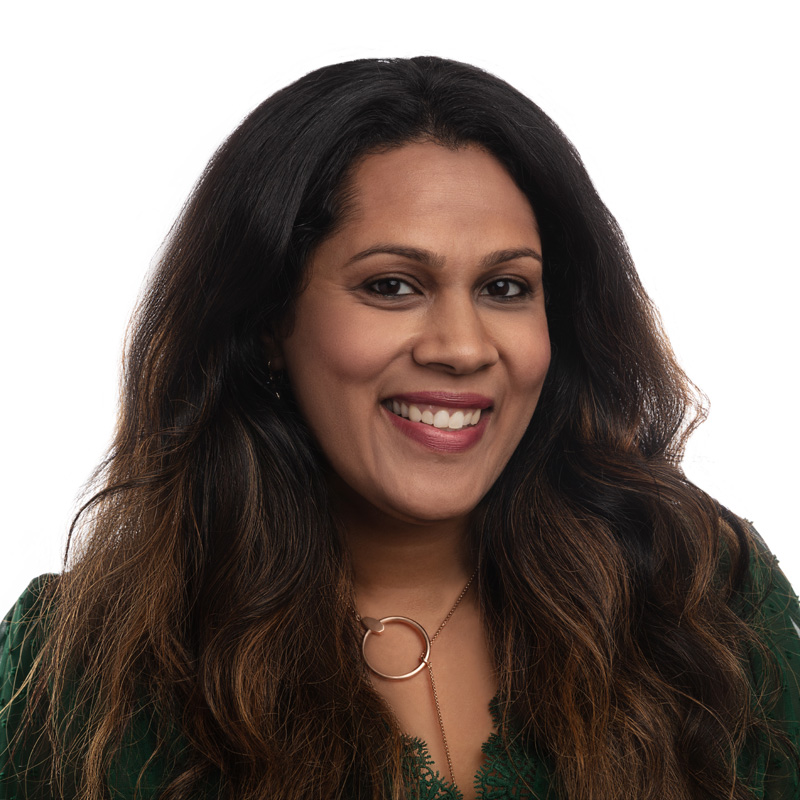 Megha Davalath has dedicated her career to bringing beautiful images to the silver screen with her technical and creative vision. She straddles the thin line between art and technology by providing solutions that allow technology to both be inspired by art as well as enable artistic vision. Her creative leadership experience has spanned multiple departments in the character asset pipeline: grooming, rigging, and simulation, with knowledge in modeling, animation, and lighting workflows.

Megha comes to Spire Animation with a decade of experience at DreamWorks Animation. She led the effort to secure a nomination for the 2020 Academy Scientific and Technical Award for the DreamWorks hair motion and simulation system, “Wig.” She provided the studio with an efficient end-to-end solution to the overly-complex process of character hairstyling, taking the asset through modeling, styling, rigging, animation, and simulation tests on Trolls, and its subsequent holiday specials. Her credits also include Kung Fu Panda 3 and How to Train Your Dragon: The Hidden World. Megha was part of the Character Technology team, where she guided design aspects of new proprietary rigging software and the development of a new cloud-based pipeline.

In the industry, Megha has had a presence at SIGGRAPH going back to 2009. She has had many talks accepted over the years but most notably organized and led the industry-wide “State of Hair in the Industry” Birds of a Feather at SIGGRAPH for the past 5 years, garnering participation from studios across the world spanning VFX and Animation. She also serves as the career lead on the ACM SIGGRAPH Lifelong Learning Committee that is dedicated to connecting CG professionals with applicable, relevant, and globally accessible learning resources through a hub known as SIGGRAPH University.

Throughout her career, Megha has remained passionate about fostering women in technology. Her efforts have included educational sessions to underprivileged middle school STEM clubs as well as her own female co-workers who may feel out of place. In Spring 2017, she helped launch an organization, TECHWomen, which aims to reduce the gender distribution gap in technical departments and create an awareness of diverse cultures and inclusion. Megha strives to pay it forward to future generations of young women in technology so that they can have inspirational figures.

Megha grew up in San Antonio, Texas and graduated with a Bachelor of Computer Science at The University of Texas at Austin and a Master of Visualization at Texas A&M University. Megha enjoys rooting for the Spurs, travel photography, and making sourdoughs in the kitchen.