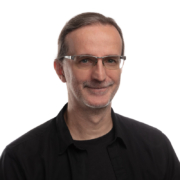 Before joining Spire, Hans spent almost 17 years at Walt Disney Animation Studios. A versatile artist, Hans worked in multiple departments and different roles. His last projects were Zootopia+ (Head of Environments) and Encanto, which won the Academy Award for Best Animated Feature, where he was the Environment Lead Lighter. Other highlights of his career include the Oscar win for Zootopia (Head of Environments) and Frozen (Lighting Supervisor; Environment Look Dev Supervisor) which was Disney’s first win for an animated feature.

Meet the Robinsons (Lighting) was Hans’ first movie at Disney. He also worked on Bolt, Tangled, Wreck-It Ralph as the Character Lead Lighter, and on lighting and layout finaling for Ralph Breaks the Internet. He worked on numerous shorts and TV specials like “Olaf’s Frozen Adventure” (Head of Environments) and Prep and Landing (Lighting) which won four Emmys.

Hans was born and raised in Germany. He graduated from the University of Applied Sciences in Düsseldorf, where he studied Graphic Design. The next semester he was already teaching Computer Aided Design as an Associate Professor at his University. Hans lives in Glendale with his wife and he is also an avid Photographer. His two boys are often the subject of his photoshoots.

Mehma Sachdeva is an Artist, Producer and occasionally an avid dancer! She brings a wealth of creative, management and people skills to Spire. Over the course of 20 years, Mehma has run the gamut from 3D Animation to VFX, finally finding her true calling in production management. Her time spent in the artist’s seat lends insight and informs her work to this day. She’d rather have it done right, than done right now.

Mehma’s career started as a CG Generalist in 2001. She is credited on award-winning Bollywood films such as Veer Zara, Kal Ho Naa Ho, and Mere Yaar ki Shaadi Hai. With a hankering to understand the larger picture of creative project management and a desire to evolve as a creator, Mehma got herself a Masters in Digital Imaging and Design from the NYU School of Continuing Education and Professional Studies.

In 2010 Mehma made the move from artist to producer at Prana, with credits on the Emmy winning Game of Thrones “the Dance of the Dragons” (S5 E9),  Disney’s Planes, Planes: Fire and Rescue and Bollywood Filmfare awardee, Bombay Velvet. Mehma continued to broaden her horizons as a producer, delivering film-based theme park experiences such as Independence Day – Defiance motion simulation ride in Malaysia and the Bollywood Parks rides, Lagaan, Sholay and Krrish in Dubai. She went on to head production at Mint Animation Studios in 2018 to deliver 2D episodic series such as Central Park on Apple TV, Venom Files for Marvel, and Woman in Book for FB watch.

She joins Spire to build the team in India with some of the best and brightest talent in the country. Team building and mentoring come naturally to Mehma. That and breaking into an impromptu dance sequence. 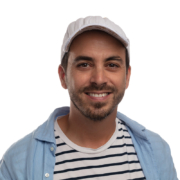 Cosku Turhan started his career at Sony Imageworks working on blockbuster films such as “Alice In Wonderland,” “The Amazing Spider-man,” “Suicide Squad” and the Oscar-winning “Spider-man: Into the Spiderverse” as a lighting and lookdev lead. While at Imageworks, Cosku was nominated for two VES Society Awards.

After a 10 year stint in visual effects, Turhan applied his skills to an emerging new technology: virtual reality; which led him to Magnopus as a CG supervisor. Cosku supervised Emmy-nominated VR experiences such as Blade Runner: Memory Lab and Coco VR. He also helped develop the first-ever VR virtual production system that was used on the Oscar-nominated “Lion King.” Award-winning director and VFX supervisor, Jerome Chen, then approached Turhan to help produce Vaulted Halls, an episode of Netflix’s Emmy-winning “Love, Death & Robots.”

Turhan saw an amazing opportunity at Spire to join the worlds of VFX and real-time around the Unreal Engine. At Spire not only is he supervising the look and feel of films and development of production in and around Unreal, but he is also helping develop procedural tools for world building, machine learning-based compositing tools for stylized looks and new tools to make never-before-seen magic possible in Unreal.

Cosku is a graduate of USC film and animation school. Cosku grew up in Turkey and is now living in Los Angeles with his wife, Ceyla, and son, Ozan. In his free time, he loves spending time with his family and making music and art together.

Megha Davalath has dedicated her career to bringing beautiful images to the silver screen with her technical and creative vision. She straddles the thin line between art and technology by providing solutions that allow technology to both be inspired by art as well as enable artistic vision. Her creative leadership experience has spanned multiple departments in the character asset pipeline: grooming, rigging, and simulation, with knowledge in modeling, animation, and lighting workflows.

Megha comes to Spire Animation with a decade of experience at DreamWorks Animation. She led the effort to secure a nomination for the 2020 Academy Scientific and Technical Award for the DreamWorks hair motion and simulation system, “Wig.” She provided the studio with an efficient end-to-end solution to the overly-complex process of character hairstyling, taking the asset through modeling, styling, rigging, animation, and simulation tests on Trolls, and its subsequent holiday specials. Her credits also include Kung Fu Panda 3 and How to Train Your Dragon: The Hidden World. Megha was part of the Character Technology team, where she guided design aspects of new proprietary rigging software and the development of a new cloud-based pipeline.

In the industry, Megha has had a presence at SIGGRAPH going back to 2009. She has had many talks accepted over the years but most notably organized and led the industry-wide “State of Hair in the Industry” Birds of a Feather at SIGGRAPH for the past 5 years, garnering participation from studios across the world spanning VFX and Animation. She also serves as the career lead on the ACM SIGGRAPH Lifelong Learning Committee that is dedicated to connecting CG professionals with applicable, relevant, and globally accessible learning resources through a hub known as SIGGRAPH University.

Throughout her career, Megha has remained passionate about fostering women in technology. Her efforts have included educational sessions to underprivileged middle school STEM clubs as well as her own female co-workers who may feel out of place. In Spring 2017, she helped launch an organization, TECHWomen, which aims to reduce the gender distribution gap in technical departments and create an awareness of diverse cultures and inclusion. Megha strives to pay it forward to future generations of young women in technology so that they can have inspirational figures.

Megha grew up in San Antonio, Texas and graduated with a Bachelor of Computer Science at The University of Texas at Austin and a Master of Visualization at Texas A&M University. Megha enjoys rooting for the Spurs, travel photography, and making sourdoughs in the kitchen.