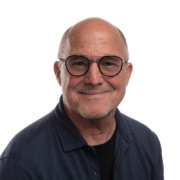 Brad recently produced the Oscar nominated “How to Train Your Dragon: The Hidden World,” the critically acclaimed conclusion of the trilogy. Lewis also produced the animated film “Storks” and served as executive producer of “The Lego Batman Movie,” both from Warner Bros. Previously Lewis spent 10 years at Pixar, where he worked on a number of the studio’s film including “Ratatouille” (producer) and “Cars 2” (co-director, writer). He worked with Studio Ghibli on the acclaimed animated film “Ponyo,” as vocal director of the English cast. With the formation of DreamWorks SKG in 1994, Lewis was among the company’s first employees as a key executive at PDI/DreamWorks, and produced the studio’s inaugural animated feature, “ANTZ.”

In 2008, he was awarded by Producers Guild America with its PGA Award for Outstanding Producer of Animated Theatrical Motion Pictures for “Ratatouille,” which ultimately won the Academy Award® for Best Animated Feature and a Golden Globe that same year. In addition, he received a Primetime Emmy Award for Outstanding Achievement in Visual Effects for The Simpsons 3d Halloween episode in 1992, a Sports Emmy Award for design for ABC Monday Night Football, and is the recipient of two Clio Awards. ​

A native of San Mateo, CA, Lewis graduated from Fresno State University, where he studied Theatre Arts/Dance. He is a member of the Academy of Motion Picture Arts and Sciences (AMPAS) and the Producers Guild of America (PGA).