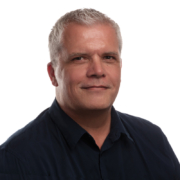 Michael recently was a Story artist on the Oscar nominated “How to Train Your Dragon: The Hidden World,” the critically acclaimed conclusion of the trilogy. Surrey, in his 10 years at DreamWorks, has also storyboarded on the studio’s film “Boss Baby” and multiple films in development, along with animating on the film “The Croods.” Previously, Surrey spent 18 years at Walt Disney Animation where he worked on a number of the studio’s films as a Supervising Animator including “Princess and the Frog,” “Home on the Range,” “Atlantis,” “Tarzan,” “Hunchback of Notre Dame,” and “The Lion King.” He also contributed to other films as an animator and story artist including “Tangled” (animation/ story), “Aladdin,” and “Beauty and the Beast” (animation).

In 1995, he was nominated for an Annie Award for his work in animation on “The Hunchback of Notre Dame.”

A native of Toronto, Ontario, Canada, Surrey, before beginning his animation career, was pursuing his BFA at New York Institute of Technology and is also a graduate from Sheridan College where he studied animation. He is a member of the Academy of Motion Picture Arts and Sciences (AMPAS). 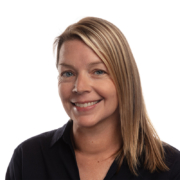 Karen is a director and story artist with a wide range of experience in both tv and feature animation. She studied traditional 2D animation at NYU’s Tisch School of the Arts, then landed her dream job as a layout artist on MTV’s “Beavis and Butt-Head”. As part of the original creative team on the critically acclaimed spin-off “Daria”, she designed the main characters, directed episodes, then was promoted to Supervising Director. She oversaw the show for the majority of its run and directed the two “Daria” made-for-TV movies.

In 2002, Karen began her long career at Blue Sky Studios, where she was a story artist on every film from “Robots” on – including the Golden Globe-nominated “The Peanuts Movie”, the Academy Award-nominated “Ferdinand”, and “Ice Age: Dawn of the Dinosaurs”, where she provided the voice of Scratte. She was Head of Story on “Rio”, directed “Ice Age: A Mammoth Christmas” (nominated for an Annie Award), and began production in 2018 as Co-Director on her original feature story, “Foster”.

Karen was a founding member of Blue Sky’s Senior Creative Trust and had a variety of original shorts and feature projects in development over the years. She’s excited to continue that spirit of creative collaboration and inventiveness at Spire. Karen is a member of the Academy of Motion Pictures Arts and Sciences (AMPAS). 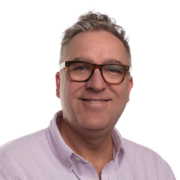 Shawn joined Spire Studios as Creative Director in 2020. He began his career as an animator and leader at Pixar Animation Studios. His 26-year run there started after his freshman year film was noticed at the California Institute of the Arts’ (CalArts) annual Producers Show. Shawn animated and directed commercials before rolling on to Pixar’s first feature film: “Toy Story.” Working at the forefront of the computer animation industry, he has always enjoyed the collaborative process required with evolving, cutting edge technologies and the creation of feature films.

Shawn led the animation teams for three Pixar features: “UP,” “Cars 2,” and “Inside Out.” “UP” was the first animated 3D film to open the Cannes Film Festival. It won the Academy Award® for Best Animated Feature and was also nominated for Best Picture. He then went on to become a Supervising Animator on “Cars 2” and “Inside Out.” The latter won the Academy Award® for Best Animated Feature as well. Simultaneously, Shawn helped guide Pixar’s animation department as it grew from sixty-plus artists to well over a hundred. During his tenure, Shawn also directed promotional work, supervised on short films, oversaw the animation production on several Pixar attractions at the Disney theme parks and animated on 12 other feature films.

Along the way, he picked up a Visual Effects Society (VES) Award as the lead on Joy from ‘Inside Out’. He is also a member of the Academy of Motion Picture Arts and Sciences (AMPAS). Shawn lives in Northern California with his wife, two kids and an ever revolving roster of pets. 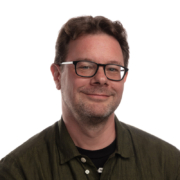 Ted Mathot was a 21 year veteran of Pixar Animation Studios, where he worked as a Story Artist, Story Supervisor, Story Internship teacher and mentor, and short film Director, before joining Spire Animation Studios in 2021.

Most recently, at Pixar, Ted was the Story Supervisor on Incredibles 2, where he worked closely with Director Brad Bird. Ted’s storyboarding credits include The Incredibles, Ratatouille, Monsters Inc, Cars, Wall•e, Brave, and the upcoming feature film Lightyear, among others. He won an Annie Award for his storyboard work on Ratatouille, and was nominated for his work on The Incredibles. He has written and illustrated two graphic novels: Rose and Isabel, and Cora, both of which were published in the US and in France.

Prior to his time at Pixar, Ted was a storyboard artist on The Simpsons, and also worked in the Story Department at Dreamworks Animation. He is a graduate of the Rhode Island School of Design. 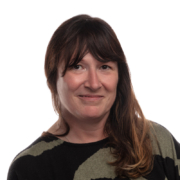 Prior to joining Spire Animation Studios, Sharon worked at Sony Animation in development. She also worked as a Story Artist at Dreamworks on many of their features including Kung Fu Panda 2, Boss Baby, and Abominable. In addition to working on features for Sony and Dreamworks, Sharon worked in TV for Warner Brothers and HBO’s Adult Animation Division, on such shows as Batman Beyond, Superman, and Spawn.

Before coming to the United States, Sharon started her animation career in her home town of Dublin, Ireland. There she worked for Fred Wolf Studios on The Teenage Mutant Ninja Turtles. This amazing experience fueled her desire to keep working in the field and learn as much as she could about this crazy and wacky animation world, and she hasn’t looked back since.

Sharon lives in Los Angeles with her husband, and dog Pookie. In her free time she loves to paint and be in nature, where she gets a lot of her inspiration.